New Alcatel Flash version 2017 packs Dual cameras on the rear and the front! other features this smartphone offer will surprise. Let’s figure it out! 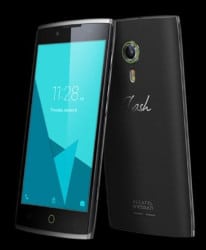 The Dual primary cameras phones are getting used more for premium devices like LG G6, Huawei P10 or iPhone 7  Plus. Besides, the New Alcatel Flash has an advanced Dual shooter on both the backside and front side of its latest version. Alcatel Flash (2017) is announced in this April with the new upgrade of four cameras. Some of Alcatel Flash specs own a 5.5 inches Full HD display with the protection of Asahi Dragontrial Glass and oleophobic coating.

The New Alcatel Flash is backed up with Mediatek MT6797 Helio X20, Deca-core 2×2.3GHZ Cortex-A72, and Mali-T880MP4. It sports 3GB RAM with 32GB ROM for internal storage which can be expanded up to 256GB via a micro SD card. The latest leaks of New Alcatel Flash said it would offer Titanium Grey colour option if you chose to buy this phone. Moreover, the Alcatel Flash version 2017 battery offers 3100mAh juice packs and it is built by Android 6.0 Marshmallow. 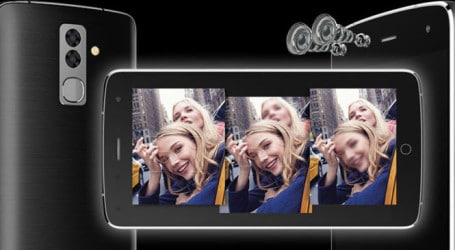 However, the New Alcatel Flash is definitely shiny with its camera features. On the backside, the Alcatel Flash camera packs a Dual 13MP main shooter which blends two shots and creates a photo with more depth. It also comes with 8MP + 5MP depth image sensor. Have the same function like the twin lenses on the rear, these two cameras emphasise autofocus, a dual-tone flash and a deeper depth of field with background blur capacity.

Like we mentioned above, the New Alcatel Flash has just declared in this April. The Alcatel Flash price is expected to be tagged by RM 1,660 and launched in May 2017. So, what do you think about this four cameras phone? Will you wait until May to bring it home? Tell us!