Window phones will run the new Operating System called “Windroid OS”. That seems crazy but it is true. If you don’t believe, let’s look at two Microsoft phones below.

Microsoft is preparing for the launching of two new smartphones: Lumia 950 and a premium version 950 XL. As the recent report, they could come later this year, probably in around October. First, let’s take a look at Lumia 950 XL specs. The phone is powered by Qualcomm MSM8992 Snapdragon 810 processor. This processor is supported by 3GB RAM and 32GB ROM. The 5.7-inch screen gets an impressive 1440×2560 px resolution. As for Lumia 950 XL camera, you have a combo of 20MP main+5MP selfie shooter. Meanwhile, Lumia950 specs remain but with smaller 5.2-inch display.

Especially, both of these Lumia phones could get “double tap to wake” feature. As you know, this is a typical feature of Android phones. So, many people believe that Microsoft is renewing Window phones. That means Window OS could become the “Windroid OS” in the near future. And Lumia 950 series could be the first ” Windroid” phone. You can also find some other Android features on Lumia 950 ande 950XL, including AMOLED screen and fingerprint sensor. 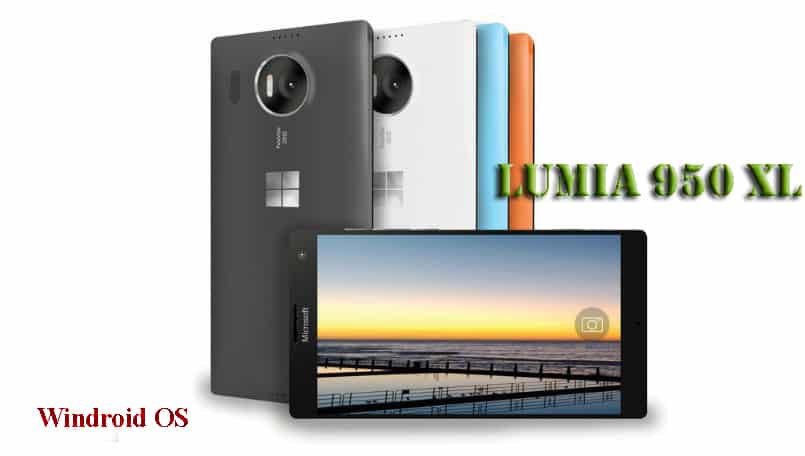 Why we call the new Window OS is ” Windroid”. That is very easy to recognize that Android is the favorite OS for smartphone users. However, Microsoft will never use Android for their device. So, a new OS such as “Windroid” could be the great choice for upcoming Microsoft phones.

Look back to Lumia 950 and 950 XL, what is your expectation on these phones. Personally, we think they will be the first Windroid phones and “double tap to wake’ mode could be the first feature on the new ” Windroid OS”. That will be the best choice for Microsoft if they want to compete with Android smartphone brands. So, what do you think about this new Window OS?