The Korean smartphone brand -LG- has just announced their new product- LG V34. This phone is actually a smaller version of the flagship LG V20. Like its predecessor, this new phone is also a flagship killer with 4GB RAM, dual camera… 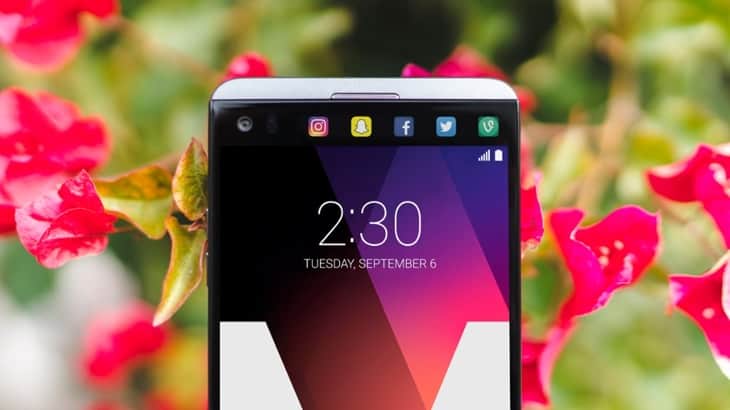 LG V20 – the latest flagship from the company is one of the best smartphones in the market to date. It has a powerful chipset, awesome cameras, a new OS and more. This handset has brought so many successes to the company. That could be the reason why this Korean brand decided to bring a version of the LG V20 to the Japanese market. And the exclusive variant is named LG V34, or LG V34 isai Beat to be more exact, with some small adaptations.

As the Japanese version, LG V34 specs are nearly similar to LG V20. Under the hood, the phone is powered by a quad-core SND 820 processor and runs on Android 7.0 Nougat. It packs 4GB RAM paired with 32GB of expandable ROM (+256GB). For photography, the handset is equipped with a dual camera on the back with the resolution of 16MP and 8MP. On the front, you’ll also find  a 120- degree- wide angle lens 5MP selfie snapper. However, some sources are suggesting a dual selfie snapper on the front. 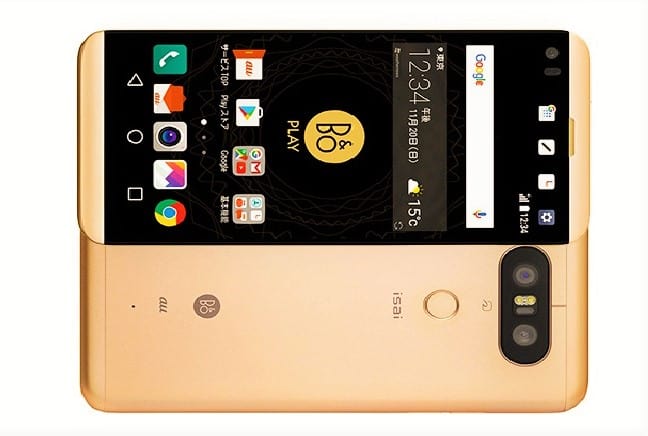 Besides these similarities, this LG V20 Japanese version has some clear differences. First, this LG V34 isai Beat features a smaller screen (a 5.2-inch Quad HD display) compared to the 5.7-inch one from V20. Secondly, V34 is backed up with a smaller 3000mAh cell. Thirdly, this phone is waterproof. The Japanese variant comes with IP67 certification which is the same with iPhone 7 (Plus). This water resistant feature is a huge upgrade from the original version. In addition, the device also owns a 2.1-inch secondary screen, fingerprint sensor, and USB Type-C.

Compared to the flagship LG V20, this phone is handier and it is dust + waterproof. Exciting as it may sound, for right now the phone is made only for Japanese market via Au Japan carrier. LG V34 launch date will be in mid-November and with 2 colors: Gold and Titanium. About LG V34 price, it’s still a mystery. However, previously, there was a Samsung Galaxy S5 Au version with a cheaper price compared to the international version. So, hopefully, this LG V34 isai Beat will have a cheaper price too.