Lenovo Moto X 2016 will be launched in this summer. According to the leaked images and image-inspired 3D video, this X 2016 will have a total new look. 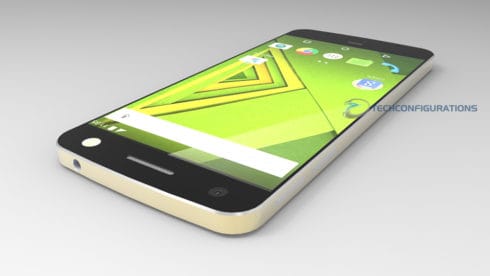 Recently, some images about a new smartphone have been leaked. This phone was reported to be the Moto X 2016. The phone has a whole different look in an overall design. And after that, there was a 3D video of this handset. This video appeared on Techconfigurations website. In the video, we can see that the Moto X 2016 shows up with a metallic body and an edge to edge display. At the back, there is a huge camera module with a haft- moon -shape flash zone.

For the Lenovo Moto X 2016 specs, it will show up with a 5.5-inch Quad HD AMOLED display. The phone will be powered by a Snapdragon 820 processor and Android 6.0 Marshmallow. There will be a 3GB/32GB model and 4GB /64GB version. Both variants have SDcards for the expansion memory. The new Lenovo phone could feature a 16MP rear camera, and a 8MP front-facing shooter. It might also have a USB Type C, a dual stereo speaker, and a 3500mAh battery life.

Motorola created its Moto X lineup. There have been three of them showing up. Moto X 2nd Gen was launched in 2014. Last year, both Moto X Play and Moto X Style were also presented. And this summer, the fourth member of this X series will be introduced. According to some reports, Lenovo is rebranding this Moto X 2016 to Moto Z. We don’t know whether this new is true or not. We’re gonna figure it out until it is presented at the Lenovo Tech World show in California this June.

The Lenovo Moto X 2016 launch is officially on 9th, June. So it’s just a few more week to see this phone. However, its images were leaked. And the 3D video rendering was created. This video actually was inspired by those images. This new smartphone is expected to be the new Moto flagship in this year.
Next Article
Prev Article