LeEco Le Pro 3 Antutu scores: A beast in the making?

Seems like LeEco is planning something big. Recently, a screenshot of a benchmark on Antutu has been leaked, and the device in question from LeEco, presumably LeEco Le Pro 3, has the score higher than OnePlus 3, which tops Antutu chart for the first half of 2016! Let’s see what the company has in store for us with this device!

As we just mentioned, the score this new device got from Antutu is 163,546, even higher than the top scorer of the chart for first half of the year, OnePlus 3 (140,288). This means that the coming device is going to be a beast in terms of performance. This new device from LeEco is suggested to be the LeEco Le Pro 3. However, there are also reports of another Le Pro 2S coming soon from LeEco. Both seem to be powered by the Qualcomm Snapdragon 821 chipset, so either both of them are the same device, or there will be slight variations coming from LeEco. Let’s just call it the Le Pro 3 for now.

The rumored about RAM is also inconsistent. According to the source that leaked this Antutu score, the device (LeEco Le Pro 3) is going to pack 6GB of RAM. Other reports previously suggested that LeEco could even go for 8GB. Many of us would consider that overkill for a smartphone. Either way, with RAM like that, this new LeEco device will definitely be one smartphone to look for! 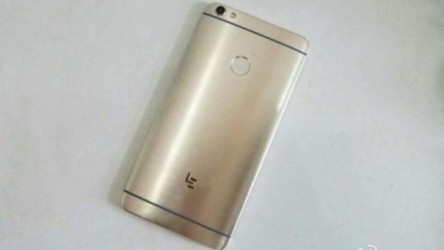 Also according to rumors, other LeEco Le Pro 3 specs include 64GB of onboard storage, the main camera of 16MP and a selfie shooter of 8MP. Of course, all of us should just take this information with a grain of salt, because there is no way to verify the source. The mentioned Antutu test score screenshot was put on Chinese microblogging site Weibo. We need LeEco’s official statements about this device.

LeEco Le Pro 3 launch date is expected to be sometime in the coming month. LeEco Le Pro 3 price is also unknown, but we can expect it will be a little higher than Le 2 Pro ($249.99, ~RM1,017) if the upgrades are true. We expect it to cost about $300 (~RM1,221), which is still reasonable for such a strong smartphone. For now, let’s just wait for LeEco’s official words. Stay tuned with us for more updates!