In case you have missed, last week, an iPhone 7 Plus was reported to explode during delivery. While Apple haven’t made any statement about that, two more cases of iPhone explosion have appeared on the internet. 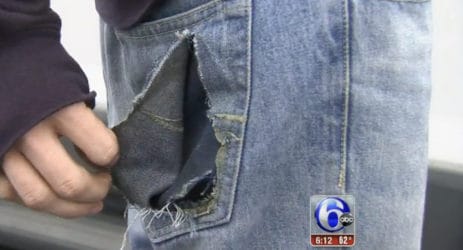 iPhone explosion: iPhone 6s Plus and iPhone 7 Plus

The first new case of iPhone explosion is iPhone 6s Plus. This case is reported by Darin Hlavaty – a college student from Burlington County, NJ. According to Darin, his iPhone 6s Plus exploded while he was in the classroom. At first, he and his classmates noticed a weird sound from where Darin was sitting. Then a lot of smoke came out from his back pocket – where he put his iPhone. Long story short, right after that, they all realized it was from his iPhone that was literally on fire. (source)

Fortunately, Darin was able to take the phone out of his back pocket before it created any serious damage. The unlucky student shared that the phone was “super hot” when he was trying to get rid of it. He also added that he had to struggle to kick the phone “because it was on fire”. The only damage to be created by this iPhone explosion is… a hole in his back pocket. 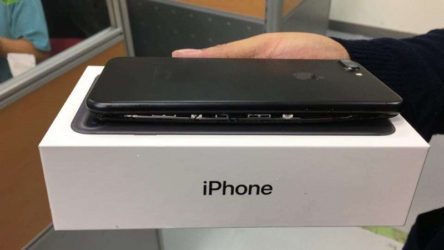 However, that’s not the only case. Lately a photo of an iPhone 7 Plus has been posted to Chinese media, with a cracked case and exposed electronics. It has not been confirmed whether the phone was actually exploded, or there was any other accident. However, judging from the photo above, there must be a really strong internal force that could separate the display from the phone.

iPhone explosion: What is the cause?

Official words about the second case of iPhone explosion are yet to be announced. But in the first case, the iPhone obviously did not explode while it was being charged, or even during excessive use. So we could infer that this is a whole different story from Samsung’s scandal. Both cases have been reported to Apple, but the brand has not made any public statement yet. However, 6ABC has shared that Apple will investigate these cases because “customers’ safety is of the utmost importance.”