Huawei Honor Note 8 vs Xiaomi Mi Max: the battle between two strong Chinese phablets which were released last year. The one from Huawei comes with 6.6-inches and its rival with 6.44-inches. Which one will be the winner? Let’s find out! 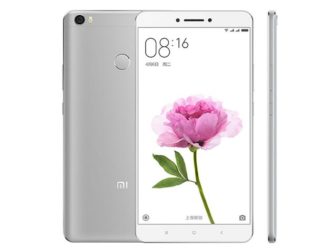 First of all, let’s start the Huawei Honor Note 8 vs Xiaomi Mi Max comparison by talking about their display. Huawei’s flagship comes with better and larger a 6.6-inch Super AMOLED screen with 2K resolution, while Xiaomi’s phone mounts a smaller IPS LCD display with 6.44-inch with a resolution of only 1080 x 1920 pixels. In terms of processor, Huawei equips its device with HiSilicon Kirin 955 SoC and an octa-core CPU (4×2.5 GHz Cortex-A72 & 4×1.8 GHz Cortex-A53) while Xiaomi Mi Max is packed with hexa-core Snapdragon 650 chipset with one quad-core 1.4GHz and one dual-core 1.8GHz processor. In addition, both run Android Marshmallow. So, the winner of this round is the device from Huawei.

At the heart of Honor Note 8, there is 4GB RAM and 32/64/128GB ROM that is expandable up to 256GB. Meanwhile, the its competitor comes with 3GB RAM and 32/64GB of expandable internal storage. For photography, both handsets offer a 5MP front-facing sensor with f/2.0, but the mobile of Xiaomi sports a better rear camera with 16MP, while the other phablet features 13MP on the back. As a result, in terms of camera department, Xiaomi’s phone wins this Huawei Honor Note 8 vs Xiaomi Mi Max camera battle! 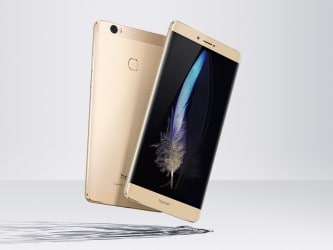 To keep the light on, Huawei Honor Note 8 exploits its power from a non-removable large 4500mAh battery whereas the Mi Max is fueled by a more powerful 4850mAh juice pack. Other Huawei Honor Note 8 and Xiaomi Mi Max in common include fingerprint sensor.