It seems like most smartphones produced this year have focused much on battery life since it is also what a lot of people nowadays care about. And of course, Doogee company cannot ignore the trend, which has led to the birth of Doogee T6. 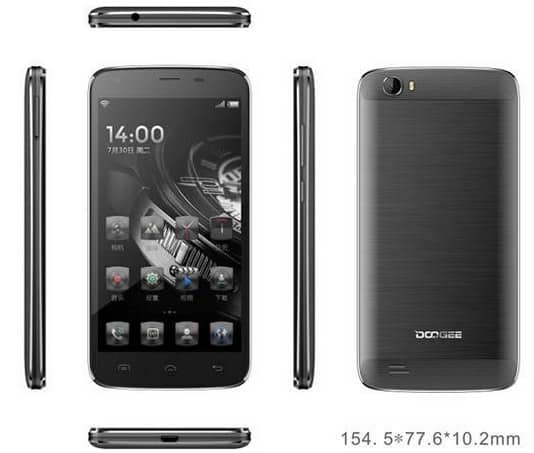 Looking at the Doogee T6 design, what are your opinions? Is it pretty enough to make you proud of it?

Before Doogee T6, there have been some other handsets equipped with big batteries such as Doogee Homtom HT6 (sporting a 6,250mAh batt) and Doogee S6000 (having a 6,000mAh one). So, this time, we are not very surprised when aware that the Doogee T6 specs include a 6,000mAh battery supporting Pump Express quick-charging technology. Though, the speed of charging has not been unveiled yet. Anyhow, with such huge capacity, you can use the phone for a couple of days. Besides, the device features 2GB of RAM, a MediaTek MT6735 chipset, and a combo of  a 2 mega-pixel selfie and a 8 mega-pixel camera.

As for the Doogee T6 price and availability, no words have been made officially. However, we guess that it will be an affordable one, based on its package of specs (except for the batt, other Doogee T6 specs are not very special) and recent Doogee smartphones. Yet, what do you think about Doogee T6 price in Malaysia?

In conclusion, we are glad to see Doogee T6 to be listed on upcoming Doogee phone list this year. According to some news source, T6 will be launched in November, 2015 and expected to go on sale in the next weeks. It surely will satisfy those who like their phones to last more than just 24 hours.

Well, Doogee is developing day by day, trying to release more products meeting the consumers’ needs, especially in terms of long battery life. Hopefully, Doogee T6 will bring the firm more success at the end of this year!