The MWC started with so many new launched phones. One of them is BlackBerry KEYone which is dubbed BlackBerry Mercury before. Let’s have a look at the article to know more about it! 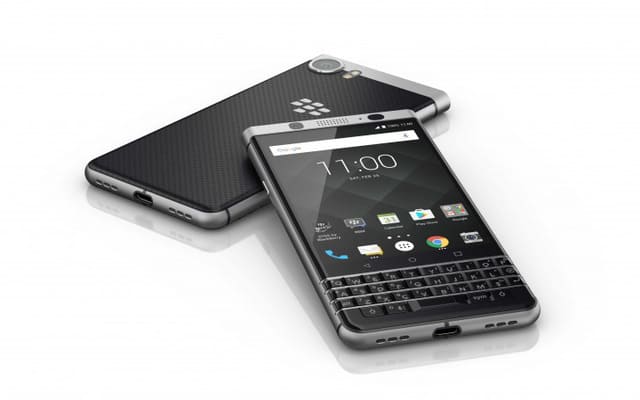 BlackBerry is very successful with their devices last year. BlackBerry Mercury is leaked online so many times and now officially launched at the MWC 2017. It is dubbed BlackBerry KEYone. The name is probably inspired from the physical keyboard on the phone. Let’s go under the hood to figure out if this brand new handset is worth our attention!

As for BlackBerry KEYone specs, it comes with a 4.5-inch display with the resolution of 1620 x 1080 pixels. The QWERTY keyboard is placed below the display. About the platform, it is powered by a Snapdragon 625 chipset. It also has a 3,505mAh battery inside with QC 3.0 support for juice. This device is packed with 3GB of RAM paired with 32GB of internal storage which can be expanded up to 2TB via microSD card. In terms of the cameras, this handset features a 12MP Sony IMX378 1.55μm sensor just like the camera on Google Pixel. Besides, it sports an 8MP selfie snapper on the front which can record 1080p videos at 30fps. With these shooters, you totally can have good photos. Finally, this smartphone also has NFC and features a USB Type-C 3.1 port. It runs Android 7.1 Nougat out of the box.

It is targeted business professionals because we all know about the perfect security on BlackBerry phones, it is the signature of BlackBerry. Thus, BlackBerry KEYone price is quite high, around $549 for each. This device will be officially released in early April. We will keep updating the latest information about it and other mobiles in the market as well. So stay tuned with us to know more!