BlackBerry DTEK60 press photos leaked along with its specs and price

While BlackBerry DTEK50 is still struggling to find its spot in the market, there have been more and more leaks about the next BlackBerry phone: BlackBerry DTEK60. Let’s have a look! 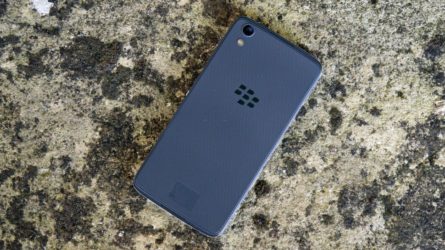 This is not the first time this phone is leaked. This time last month, BlackBerry accidentally published full of BlackBerry DTEK60 specs on their website. Now, there are even press photos of the upcoming BlackBerry handset. The photos show a device that looks pretty similar to the predecessor BlackBerry DTEK50 and especially resembles the Alcatel IDOL 4S. You can scroll down to see the leaked press photos.

Regarding BlackBerry DTEK60 specs, there are many interesting details you may not want to miss. As for the CPU, this phone is reported to house a powerful Snapdragon 820 chipset. There will possibly be a 4GB RAM to back up the entire system. The reports also claim that this BlackBerry handset will continue to use Android 6-based BlackBerry IU. Besides, this phone could carry a 5.5-inch display with quad HD resolution (2k resolution). 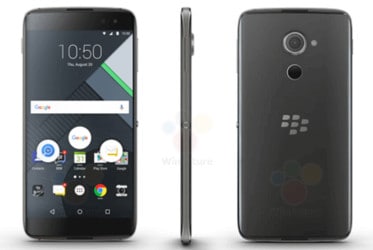 Another highlight of this new BlackBerry phone is the camera combo. According to what the brand has shared by mistake, there will be a massive 21MP main camera with phase detection autofocus, dual LED flash and an 8MP snapper for selfies. Other leaked BlackBerry DTEK60 specs include a 3000mAh battery, 32GB of internal memory (+256GB), a fingerprint scaner and a USB Type C charging port.

Besides the leak of its specs, there are also information about BlackBerry DTEK60 release date and price. This phone is reported to be launched within October and to hit the market on 11th November. As for the price, this new BlackBerry phone may cost from around $499 to $549 (RM. 2057 to RM. 2263) – much cheaper than the first Android BlackBerry – BlackBerry Prive. What do you think about this phone?