Chinese smartphones are better day by day and some of companies from this country have the high position in the market at this time. In the recent list of top 12 best selling smartphones, 8 of 12 positions belong to those phones from China. 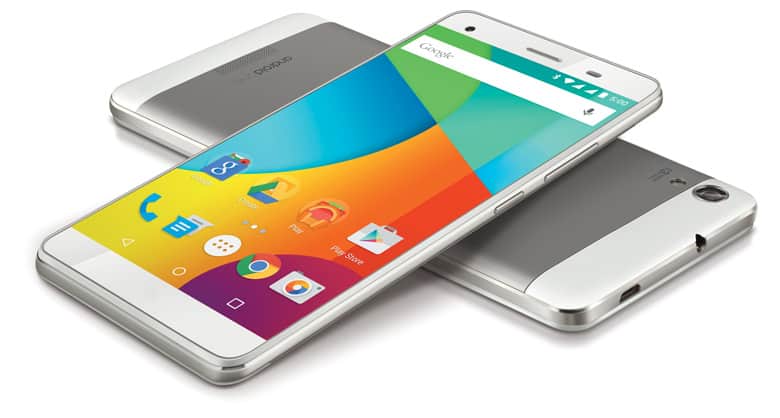 And recently, IC Insights- an industry tracker- has just given the report of best worldwide smartphone sales leaders in Q1 2016. And it’s not a surprise when 8 out of the 12 companies are Chinese brands. Those companies take the 3rd place to 6th position and from 8th position to 11th place. The 7th and 12sc places belong to LG (Korea) and Micromax (India). The final position in this top 12 could have gone to another Chinese manufacturer – Gionee. This company shipped 4.8 million smartphones in the 1st quarter this year, just missing 200.000 units compared to India brands – Micromax. 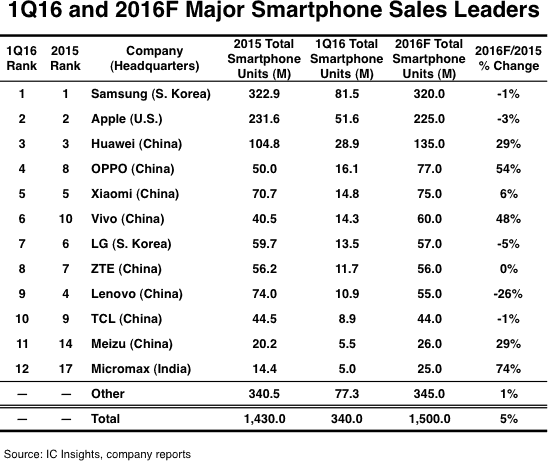 Next, the 4th place goes to Oppo while Xiaomi and Vivo take the 5th and 6th spot. Finally, ZTE, Lenovo, TCL, Meizu are standing in the 7th, 8th, 9th and 10th position respectively. Lenovo seems like to lose its spot when its growth rate decreased 26%. In the contrast, Oppo raises to the 4th place with the growth rate increasing up to 54%. Compared to the top 12 last year, Sony, Coolpad, and Microsoft are out of the list of top 12 best selling smartphones. As they only sold 3.4 million, 4 million and 2.3 million smartphones in the Q1 of 2016.

LeEco: a potential nominee next year

Chinese smartphone companies are gradually taking the other brands down. With strong specs and competitive prices, the Chinese smartphones are expected to continue ruling the list in the upcoming years. LeEco is a potential brand who is gaining market shares in China and India as well. We think that this one can be on the list next year.