Apple iPhone 8 leaks claimed it will come with 5.8 inches OLED and 3D sensing tech! This flagship is also guessed to come in October! Let’s find out! 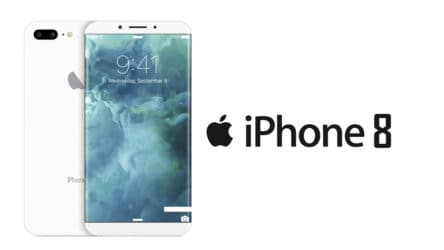 According to Apple iPhone 8 leaks, the upcoming flagship of Apple will come one or two months later than expectacted. One of the reason for the delay of Apple’s premium product is because of 3D sensing tech issues which is set to appear on the device. The 3D sensing is an enhanced reality tech of Apple that will collect pictures from the primary and secondary cameras. Moreover, a delicated infrated sensor will provide 3D selfies and advanced game experiences.

However, the 3D sensor upgrading is only going to be launched in iPhone 8. Furthermore, other Apple iPhone 8 leaks is about its screen. Some of the iPhone 8 specs are expected to make use of a 5.8 inches OLED display with the covering by Ion-strengthened glass and oleophobic coating. The phone is also predicted to run on iOs 11 with a chipset of A11 and a Quad-core CPU. 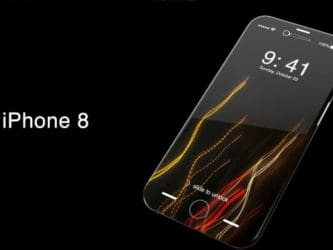 The Apple iPhone 8 leaks also claimed it will come with 3GB RAM and 3 variants of internal storage, which are 32GB, 128GB and 256GB. On the backside, iPhone 8 camera will pack 12MP with basic technologies such as phase detection autofocus, OIS, quad-LED (dual tone) flash and an aperture of F/1.8. Besides, the company will also add a 7MP snapper on the front with an aperture of F/2.2, face detection, HDR, panorama for selfie lovers to have a higher photos quality.

According to the latest Apple iPhone 8 leaks, this flagship will come in October or November, which is one or two months later than expectated. Until now, there are still no details about its battery power and price. However, iPhone 8 price is hoped to be tagged from RM 2892. Will you wait for this premium product and bring it home?