The French phone manufacturer is coming back fancy this year with its new Alcatel A5 LED. As the “LED” in name suggests, it is all about colorful lights. Are you curious about it? Read on to find out! 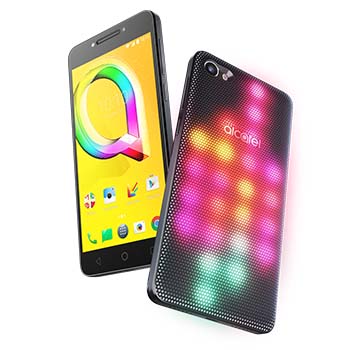 The new Alcatel A5 LED does not impress with the performance, but with its back. It is littered with 35 LEDs and is able to make use of various lighting effects. The user can even customize the colors, pattern and other lighting set ups depending on his gusto. Also, specific scenarios such as fire or rain can also be played on the back. With the A5 LED the French company wants to approach young smartphone users, will it work?

In terms of specs, the Alcatel A5 LED is equipped with a 5.2-inch IPS display with the resolution of 1280 x 720 pixels. Under the hood, the Alcatel A5 LED packs 2GB of RAM combined with 16GB internal storage that is expandable to 32GB via a microSD card and is powered by a octa-core MediaTek MT6753 processor. 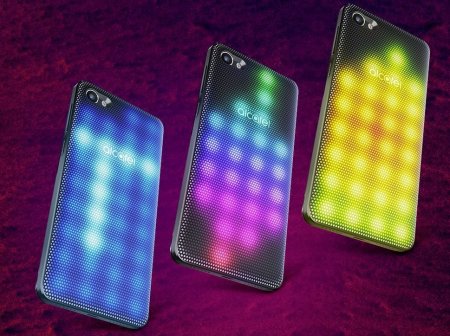 As for photography, this phone comes loaded with an 8-megapixel rear camera, as well as a 5-megapixel front-facing camera with image programs such as “Face Beauty” and “Face Show” to get prettier selfie pics. Other specs include including a 2,800 mAh battery and Android 6.0 Marshmallow right from the start. Further, the dual SIM smartphone supports LTE, Wi-Fi as well as Bluetooth 4.2 and has a GPS receiver. The smartphone measures 146 x 72.1 x 10.2 mm with its LED cover.

While the front of the A5 LED is only available in black metallic, the cover for the LEDs can be ordered in black or silver metallic. Market launch for the colorful mobile phone is May 2017 and is priced at 200€. What do you think? Would you buy this fancy phone? Let us know in comments!